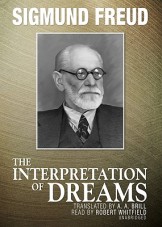 Most counsellors have their basic training in a single system of theory and practice – (a single ‘school of thought) – perhaps augmented by a brief look at one ‘alternative’ system, for comparison purposes.  This is an impoverished approach to counselling theory and practice, which has been pioneered by the universities, and the professional bodies that accredit counsellors and therapists.  It is driven by the need for ‘neatness’, whereas the reality of the human mind, human suffering, and psychological processes is anything but neat.

I was fortunate to train in more than 13 different systems of counselling and therapy, and I have mixed and matched elements of them all for years, eventually resulting in a unique system of my own.

The first system that I experienced, at the age of 22 years, was psychoanalysis.  I had been through a very stressful period of social exclusion, and needed help to sort myself out.  I saw a psychoanalyst weekly for three months; combined with other systems, such as art therapy, music therapy, group therapy, relaxation therapy; and some others.

Because of my immaturity at the time, I did not benefit greatly from psychoanalysis (in so far as I can consciously recall!)

Years later I reviewed the psychoanalytic literature and realized that most of the information I needed at the time was there, contained in Freudian theory, if only my analyst had been able to communicate it to me.

I had come from a family which was economically and culturally deprived. I (like all humans) was born as an ‘it’ (or ‘thing’), which was wired up with two basic instincts: the life or constructive instinct and the death or destructive urge. My mother (who was the first element of my ‘super-ego’, or Over-I [or Inner Policewoman!]) was the most important influence on the way my mind (or ‘ego’ [or ‘self’]) was shaped; and she was far from being ‘good enough’ as a caring mother.  So I developed an insecure attachment style. (This latter point – about my attachment style – does not come from Freud or the Freudians, or even the neo-Freudians.  It comes from Dr John Bowlby, who was castigated for deviationism, and ostracized by the British Object Relations School of psychoanalysts, which was the neo-/post-Freudian tradition that took root after the Second World War.  Bowlby believed that the child’s actual experience shaped him or her; while the Freudians of every stripe believed the child was upset by his/her interpretations (or phantasies) of what his/her parents did: [and this belief was carried on my Albert Ellis and Rational Therapy! Hi ho!]).  Of course, more recently, starting in 1994, the psychodynamic approach has begun to incorporate Attachment theory into it’s therapy, under the influence of Dr Allan Schore (1994), who spent ten years trying to integrate neuroscience, developmental psychology, Attachment theory and psychoanalysis (plus several other disciplines) into a comprehensive therapy system – because the psychodynamic approach to psychotherapy had fallen out of favour, post-CBT, because it was seen as being unscientific.  Allan Schore and others have certainly put psychoanalysis back on the map! (At a time when people are beginning to see through the pseudo-science of CBT/REBT). (See further description/ explanation here: https://ecent-institute.org)

(Today I was musing about this development – about which I have a lot of positive feelings/ thoughts/ perceptions, and it occurred to me that Allan Schore’s [and Daniel Siegel’s) agenda may well have been simply this: what do we need to do to outdo CBT, and to restore faith in psychoanalysis?  The obvious answers, which they both seem to have alighted upon, was to incorporate a couple of systems of verified theory into psychoanalysis, and thus to save psychoanlaysis from the dustbins of history. The systems that were ‘selected’ [or which fitted the bill] were neurosciecne and Attachment theory.  But in the process, they both missed the opportunity to go back to square one, like Bessel van der Kolk, and to ‘follow the body’ through the early years of child development – to discover that ‘the body keeps the score, and thus that psychoanalysis is not the overall ‘Russian doll’ inside of which others systems should be subsumed.  Rather, psychoanalysis [of some revised sort] should be subsumed inside of a system which takes the social-emotional-body of the counselling/ therapy client as the super-ordinate Russian doll of counselling and psychotherapy!)

I ended up in therapy, at the age of 22 years, because my life was subjected to cruel treatment by somebody acting from their death (or destruction) urge! I was not strong enough to withstand their destructive influence, because I had been weakened by my family of origin (which denied me the right to be self-protectively angry!) and my ‘outsider’ status during my school days.  And I was malnourished, so therefore physically/psychologically weak; and my gut bacteria was imbalanced because of antibiotics given during three surgeries in the first six years of my life. But after therapy, I was strongest at the ‘broken point’!  (See The Broken Chain.***)

Somewhere in the period 2007-2009, I made good use of Freud’s theory of the three mental agencies – the It (or baby before socialization); the Ego (or emergent personality [or ‘self’] after [some] socialization); and the Super-ego (which is the internalized mother/other; internalized through socialization processes). I used this model to evaluate the components of the ABC model from Rational Emotive Behaviour Therapy (REBT); and this helped me to justify rejecting the simple ABC model; and to produce a more complex ABC model.  (See my book, A Major Critique of REBT.***)

And later I used it as a comparator for evaluating Plato’s model of the Charioteer and the Two Horses. This occurred in my book on models of mind for counsellors:

Title: A counsellor reflects upon models of mind

Integrating the psychological models of Plato, Freud, Berne and Ellis

Every counsellor needs to think long and hard about their perceptions of their clients.  Are they based on ‘common sense’, or have they been subjected to the discipline of considering the theories of great minds that preceded us, like Plato, Freud, Berne and Ellis. (Ellis, of course, oversimplified the SOR model of mind into the simple ABC model, but he is still important because of his impact on the whole CBT theory, which currently dominates the field of counselling and therapy in the US, UK and elsewhere).

And the Freudian model of mind also helped in the development of another of my books, which is this one:

Or how social experience shapes the human body-brain-mind

The E-CENT perspective sees the relationship of mother-baby as a dialectical (or interactional) one of mutual influence, in which the baby is ‘colonized’ by the mother/carer, and enrolled over time into the mother/carer’s culture, including language and beliefs, scripts, stories, etc.  This dialectic is one between the innate urges of the baby and the cultural and innate and culturally shaped behaviours of the mother.  The overlap between mother and baby gives rise to the ‘ego space’ in which the identity and habits of the baby take shape.  And in that ego space, a self-identity appears as an emergent phenomenon, based on our felt sense of being a body (the core self) and also on our conscious and non-conscious stories about who we are and where we have been, who has related to us, and how: (the autobiographical self).

Learn more about this book.***

E-Book version only available at the moment.***

Lifestyle Counselling and Coaching for the Whole Person.***

But Allan Schore and Daniel Siegel have failed to notice the primary importance of the body, and thus of everything that affects the body for good or ill; including diet/ nutrition; sleep; physical exercise; tension/ relaxation; and so on.

If you want to develop your own rich and flexible model of counselling and therapy, it’s a good idea to study most of the mainstream systems and theories, as sources of creative inspiration for yourself. But don’t forget that the human body is an emotional entity from birth; and the emotional-body, as socially shaped, is what walks into the counselling or therapy room to seek your help!  It’s not just a right-brain and a left-brain.  The body has stored up the history of the client’s journey through a troubled and unequal world of harsh challenges.

One thought on “The psychoanalytic approach to counselling and psychotherapy”