Refinement of my book on ‘Facing and defeating your emotional dragons’

For the past few weeks, I’ve been working on the refinement of my main book on processing traumatic memories. Because trauma is such a complex phenomenon, and lots of new ideas have been developed in the past ten years or so, it is taking some time to clarify my revised process of trauma therapy.

Here is an extract from the Preface to the revised, updated and expanded edition:

Facing and Defeating your Emotional Dragons:

How to process old traumas, and eliminate undigested pain from your past experience

Preface to the Revised Edition, 2020

Early childhood trauma (like physical and emotional abuse, and neglect), and other forms of prolonged trauma (like domestic abuse), affect the very structure of the human brain, and the behaviour of stress hormones in the body. This insight is expressed by Dr Daniel Siegel as follows:

“…(T)raumatic experiences at the beginning of life may have profound effects on the integrative structures of the brain… (A)bused children have abnormal responses of their stress hormone levels[1]… Cortisol (a major stress hormone) is sustained, and elevated levels can become toxic to the brain[2].”

And, cortisol and other stress hormones are secreted throughout the body when it’s under pressure.

This revised, expanded and updated edition is intended to correct that omission, which was paradoxical, given that our main claim to fame, at the Institute for Emotive-Cognitive Embodied Narrative Therapy (E-CENT), is that we “added back the body” to the rational, cognitive and psychodynamic models of the individual client in counselling and therapy. The body is the very foundation of the human personality; which is actually a body-brain-mind, as shaped by social experience.

In this preface we want to address the following contextual questions: What is trauma? What is post-traumatic stress disorder? What is Complex-PTSD? How widespread is Complex-PTSD? What are Adverse Childhood Experiences? What are some solutions to Childhood Developmental Trauma or Complex-PTSD? The meaning and importance of the concept of Traumatic Dragons. And finally, a brief overview of the content of this book.

And my Oxford Dictionary of Psychology says it’s: “…a powerful psychological shock that has damaging effects”. (Colman, 2002, page 755)[4].

To further clarify the meaning of ‘trauma’, let us take a look at how Sue Gerhardt, a psychotherapist who deals with childhood trauma, defines this concept.  She describes the opening scene of the film, Fearless, in which Jeff Bridges plays the role of a man who survives a plane crash, with several others. He looks at the scene of devastation without a flicker of concern; walks away; gets into a taxi, and leaves the burning plane, ambulances, fellow survivors, and fire engines behind him. His friend and business partner has died in the crash; so, not surprisingly, the Jeff Bridges’ character is ‘traumatized’. As Gerhardt writes (describing how this character is when he returns to his home life):

“His relationships are affected: he has difficulty relating to his wife and son, and starts instead to form a bond with another survivor who lost her baby. He has flash backs to the crash, reliving the moments as the plane went down. He impulsively takes extreme risks with his body, walking blithely across a busy highway. He is dissociated (or detached – JB) from reality”. (Gerhardt, 2010, page 133).

Trauma disrupts our thoughts, feelings and behaviours. And, in the case of prolonged childhood trauma, the damage also affects:

– the ability to engage effectively in social relationships;

– and the ability to regulate one’s emotions (which can therefore escalate into inappropriate shame, anxiety, anger, guilt and depression).

Indeed, as Dr Bessel van der Kolk (2015) writes, “All trauma is preverbal”. Traumatized individuals cannot find words to express their terrible feelings. They may freeze, like statues; or fight verbally or physically, with the wrong people; or find various ways of running away, as if you could run away from your own central nervous system’s panicky arousal! They may also ‘fawn’ over others to placate them, if they were bullied and abused by their parents.

As Van der Kolk expresses it: “Even years later traumatized people often have enormous difficulty telling other people what has happened to them. Their bodies re-experience terror, rage, and helplessness, as well as the impulse to fight or flee, but these feelings are almost impossible to articulate. Trauma by nature drives us to the edge of comprehension, cutting us off from language based on common experience or an imaginable past”. (Page 43).

Van der Kolk has worked with traumatized individuals for decades, including war-damaged soldiers and victims of childhood abuse and neglect. And his insights and approach to the subject have also been strongly influenced by working closely with Dr Judith Herman (1994/2015), who has been in the field even longer than him, and who has mainly worked with female victims of childhood sexual abuse, adult rape and domestic violence.

Eventually, trauma sufferers do come up with what Van der Kolk calls “a cover story”, which is their best attempt to tell a story which accounts for their trauma; but it rarely captures the essence of the experience. “It is enormously difficult to organize one’s traumatic experiences into a coherent account – a narrative with a beginning, a middle, and an end”.

I know that this is true from my own experience.  I only became aware of my own prolonged childhood abuse when I was thirty years old, and I met a woman who cared enough to listen to my story, and to tell me “that was not normal.  And that – what they did to you – was not okay!”

Trauma does not just affect our consciousness; our memories; our minds. Modern neuroscience, since the 1990’s, has revealed to us just how much the brains of traumatized individuals are changed (for the worst) by their horrible experiences.  Trauma leaves its imprint on our brain, our mind and our body. And these imprints affect how we think, feel and behave in later life, even decades after the traumatic experience. Trauma changes our perceptions, and our capacity to think. But even when we begin to think/feel about our traumatic experience – and to create a helpful story of what happened – we are still left with the imprints in our bodies: the automatic physical and hormonal responses to present-time reminders of the trauma inflicted on us back there, back then.  The ‘there and then’ is always with us, in our bodies, here and now: unless and until we process those physical and hormonal responses. To quote Van der Kolk again: “For real change to take place, the body needs to learn that the danger has passed, and to live in the reality of the present”. (Page 21).

For more, please click this link: How to resolve childhood trauma.*** 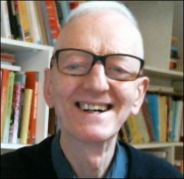