On this page you will find four books that criticize various aspects of the theory and practice of REBT.  Two more will be added later.

The first book is a comprehensive deconstruction of REBT.

A Major Critique of REBT: 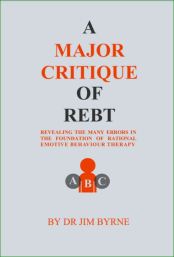 There was a need to clarify the bottom line of Dr Byrne’s critique of REBT, and that has been done in a 22 page Preface to this reissued, 2019 edition of his major critique.

Also, we have added a reference to the research which shows that emotional pain and physical pain are both mediated and processed through significantly overlapping neural networks, which contradicts Dr Ellis’s claim that nobody could hurt you, except with a baseball bat.

If you want to read a description of the scope of the content of this book, please click one of the following links:

If you want to know the essence of our critique of REBT, but you don’t want to have to read 500+ pages, then this 150 page summary should appeal to you: 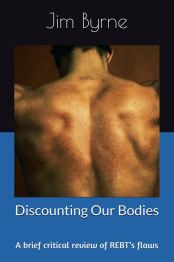 This book is a brief, summary critique of the main errors contained in the foundations of Rational Emotive Behaviour Therapy (REBT) theory. And especially the invalidity of the ABC model, which asserts that nothing other than beliefs intervenes between a negative experience and an emotional-behavioural reaction. (The body is ignored!)  It is based on material from the major critique, above.

The mishandling of self-acceptance and unfairness issues by Albert Ellis 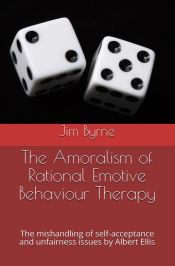 This book is an extensive, detailed critique of two of the central ideas of REBT:

(1) The concept of ‘unconditional self-acceptance’; and

(2) The idea of life as being fundamentally unfair, and that it should be accepted as such, and never complained about.

In the process we also deal with Albert Ellis’s idea that people should never be blamed for anything; that praise and blame are bad; that guilt and shame are to be eliminated, and never taken to be indicators that we’ve done something wrong. Along the way we have a debate with Dr Michael Edelstein about the role of fairness in couple relationships.  (This material is also based on chapters from the major critique above).

Albert Ellis and the Unhappy Golfer:

A critique of the simplistic ABC model of REBT 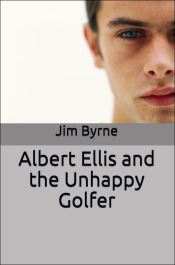 The unhappy golfer is in Dr Albert Ellis’s office, in New York City, somewhere around the end of the 1950’s.  He tells Dr Ellis that he feels terribly unhappy about being rejected by his golfing peers, and Dr Ellis tells him: This is something you are doing to yourself!

Ellis uses the unhappy golfer to introduce his readers to his simple ABC model of REBT, which claims that a person cannot be upset emotionally in any way other than by their own beliefs!

This book sets out to refute this simplistic idea.

Albert Ellis and the Unhappy Golfer.***