By Jim Byrne, Doctor of Counselling; author and publisher

In between breakfast and meditation this morning, my wonderful wife, Renata Taylor-Byrne, passed me her copy of The Observer Magazine (dated 15th December). It’s a special issue celebrating black British culture, and edited by Stormzy[1].

The bottom line is this: Stormzy has formed an alliance with Penguin, and set up an imprint, #Merky publications, which launched in July 2018; and has so far published three books; including a book about his music career by Stormzy.

The other two books are:

# ‘That Reminds Me’ – a fictional narrative, told in verse, by Derek Owusu “about his troubled boyhood”.

# And ‘Taking Up Space’ – described as “a black girl’s manifesto for change”, by Chelsea Kwakye and Ore Ogunbiyi.

And, coming soon will be the autobiography of the former Children’s Laureate, Malorie Blackman.

#Merky books will publish books from under-represented communities. This will not rule out some white authors, depending on how ‘under-represented’ they happen to be. But the imprint is committed to telling ‘universal stories’, which can come from any and all parts of our culture.

Good luck to them!

One of the books that I have tried to promote for a number of years is ‘The Spirit Level’, by Kate Pickett and Richard Wilkinson. (See the Guardian article by Dawn Foster: Social injustice has a profound psychological impact – and it’s tearing our society apart, say the authors of The Spirit Level).

At the Institute for E-CENT Publications, we try to promote progressive politics and holistic psychotherapy as joint solutions to the problems of social-emotional misery.  We talk a lot about the contribution of lifestyle factors (like diet, exercise, sleep, relaxation, etc.) to social misery; but we do not overlook the contribution of the economic and political realities generated by vested interests who dominate the docile political class in Westminster.

And we do not overlook the power of writing to change lives, in the worst of social circumstances.

So far we have published about twenty books (mainly on self-help topics, plus counselling and therapy subjects).  Two of those books are based in Southern Ireland, or rooted in southern Ireland.

Our only novel is ‘The Relentless Flow of Fate’, which describes the life of a man who is half Irish and half Native American Indian.  Both of those cultures were horribly distorted by abuses of power which have been written about in various ways; but this is a kind of psychological exploration of the unconscious residue of some of those tragic histories. It’s written in the form of a mystery/thriller. The main character is Detective Inspector Glasheen… And a brutal murder is the starting point…

Then there’s my fictionalized autobiographical story – which includes 80% of my experience of the first 40 years of my life; combined with 20% of assorted fragments of others people’s lives – including the lives of three extra-terrestrial alien psychologists who are sent to Earth to study humanity…  It’s titled Metal Dog – Long Road Home – A personal mythology – 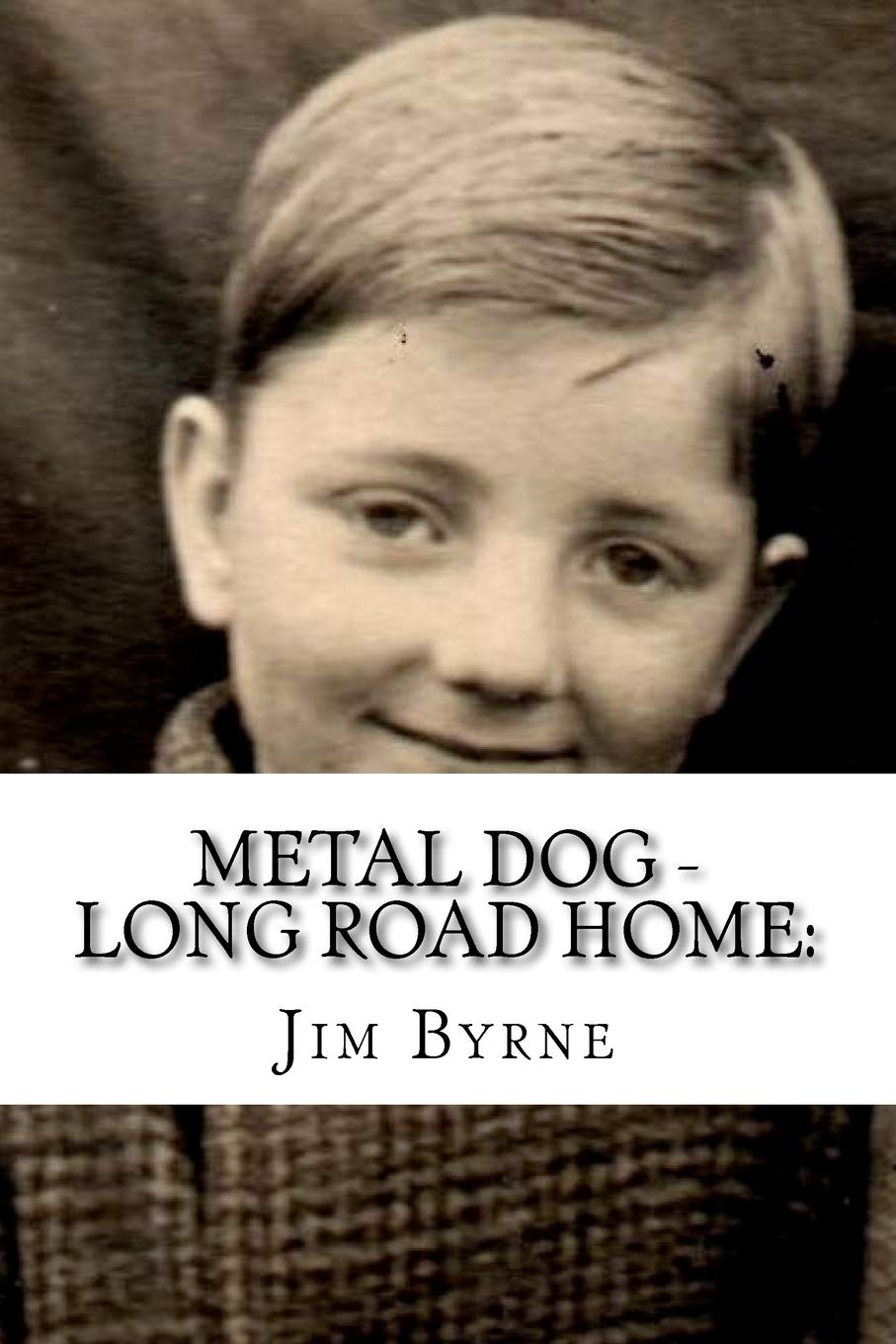 In this book, Dr Jim Byrne, the creator of Emotive-Cognitive Embodied Narrative Therapy (E-CENT) has utilized his own system of narrative therapy to revise his original, non-conscious ‘personal mythology’, or ‘story of self’. – According to the author, humans live inside of stories, and their lives are dominated and directed by those stories, or personal mythologies. It is impossible to ‘forget’ those mythologies, those scripts for a life pattern in the present and future. It is impossible to simply step out of them. The only hope for humans who have been distorted by their childhood and early life experiences is to dig up their personal narratives, to examine and digest them, to revise them, and to create a new, consciously chosen personal mythology which can support a happy and successful future for them. In this book, Dr Byrne demonstrates how to do that digging and digesting and rewriting tasks, by showing us how he healed his own traumatized body-mind, and his broken heart.

Which reminds me: I recently became aware of Blue Moose Books[2], in Hebden Bridge.  They have recently had a book shortlisted in the Irish book awards ceremony of the year, which was announced on the Bluemoose website like this:

“Congratulations to Ronan Hession whose debut, Leonard and Hungry Paul, has been short listed in The ‘An Post’ Irish Book Awards, in the newcomer category.”

It seems that, in 2020, Bluemoose will concentrate exclusively on publishing books by female authors. That should throw up some interesting stories of the lives of the biggest ‘minority’ in society (at approximately 51%)!  We look forward to seeing what emerges.

E-CENT Publications does not currently have any books on minority issues. The main books that seem to attract female buyers are:

How to Have a Wonderful, Loving Relationship: Helpful insights for couples and lovers. By Dr Jim Byrne. With Renata Taylor-Byrne.

How to Quickly Fix your Couple Relationship: A brief DIY handbook for serious lovers. By Dr Jim Byrne.

You can see our full list of publications here: ABC Bookstore Online UK.***

[2] Bluemoose Books is an independent publisher based in Hebden Bridge, West Yorkshire. Kevin and Hetha Duffy started Bluemoose in 2006…